iShares delivers a wide range of ETF investing tools and ideas at its website. Beginning with “What is an ETF?”, the learning resources become progressively more advanced.  iShares is a family of exchange-traded funds or “ETFs” that are managed by BlackRock Inc.

BlackRock was founded in 1988 as part of the Blackstone Group. In 1992, the firm adopted its new name, BlackRock. In 1995, BlackRock was acquired by PNC Financial. In 1999, BlackRock went public. At the time, BlackRock had $165 billion of assets under management.

The firm continued to grow organically and via acquisitions. In June 2009, BlackRock acquired Barclays Global Investors, including iShares. At the end of December 2016, BlackRock had more than $5.1 trillion of assets under management.

Currency ETFs – How They Work

How to Invest Money – 5 Rules To Remember

When I think about the question of “how to invest money?”  and all of the investing ideas and rules that I have heard financial gurus share over the years, the most memorable words were from […]More

Global Macro Investing – See the Forest Before the Trees 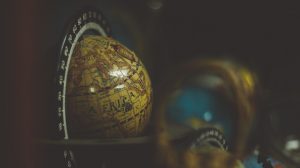